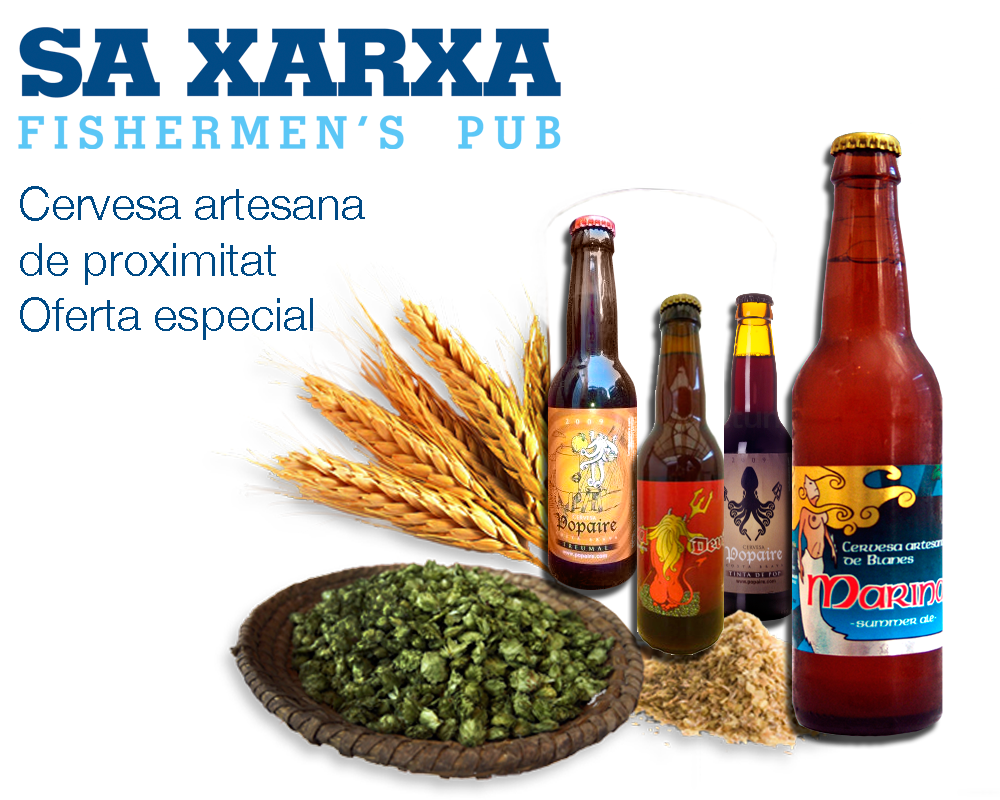 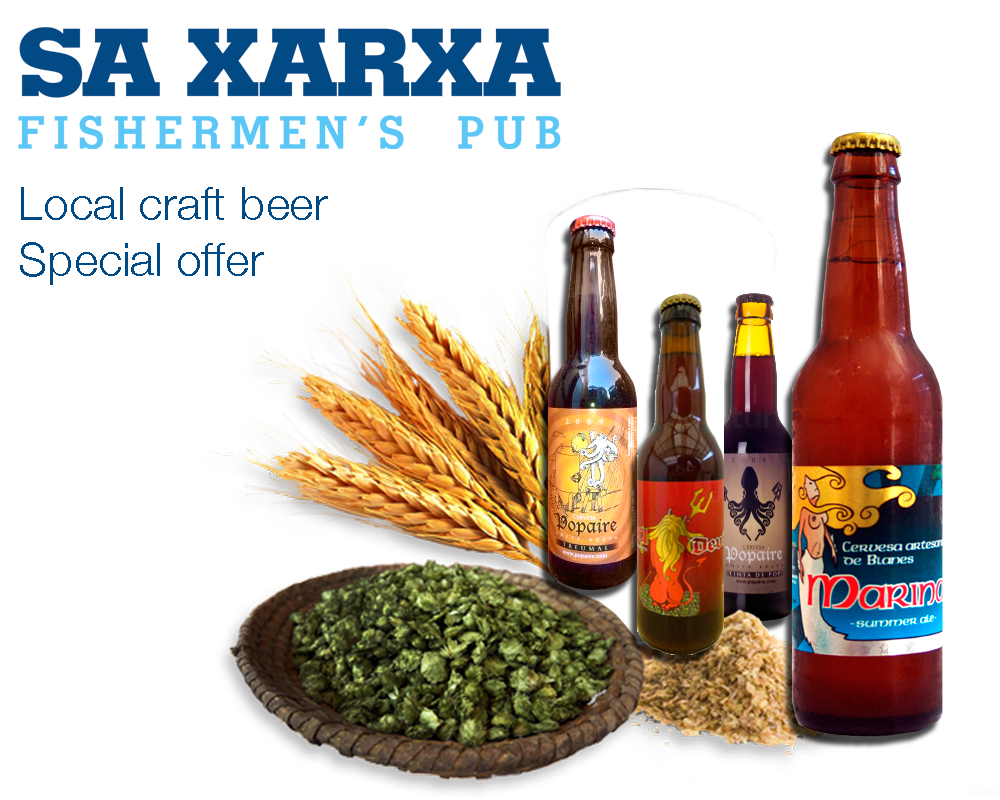 Try the extensive menu of local craft beer at Bodega Sa Xarxa. Because in Bodega Sa Xarxa have always wanted to have the best product, diverse, high quality, and it is only trying  make your stay at the Bodega is unmatched. For this reason, we have made a strong commitment to craft beer.

The craft beer is booming in Europe. In Catalonia, there are increasingly more people than is usual consumer, which increases market share of these types of beer each year increasing the rhythm of two digits.
In the rest of Europe, such as Italy for example, there are about 500 craft beers. Belgium is also a country with respect to the craft beers, there are many. In general, the inhabitants of these countries are delighted, a wide menu of craft beers unique in Lloret de Mar

Craft beer, if one thing characterizes that is usually made by small local breweries or provincial scope. Here in Lloret de Mar are fortunate to have several on around them. The closest we have: beer Marina Blanes; the Popaire also Blanes; If we expand the radius, we Rossa beer Moska in Sarria de Ter; the hopper of Catalan Brewery, Mollet del Valles. Or mackerel Moon, the Moon beer at top of frame.

For all our clients and friends to try this type of beer in the Bodega Sa Xarxa we expanded our menu of craft beers this in 2015, and partly beer nearby, we have them at a special price.

Do not miss the opportunity to enjoy a craft beer. If you have not tasted a craft beer, beer is not sure how seriously. Leave aside the industrial beers, it might well be called “drink beer” tasted a beer and 100% authentic and almost handmade in Bodega Sa Network.